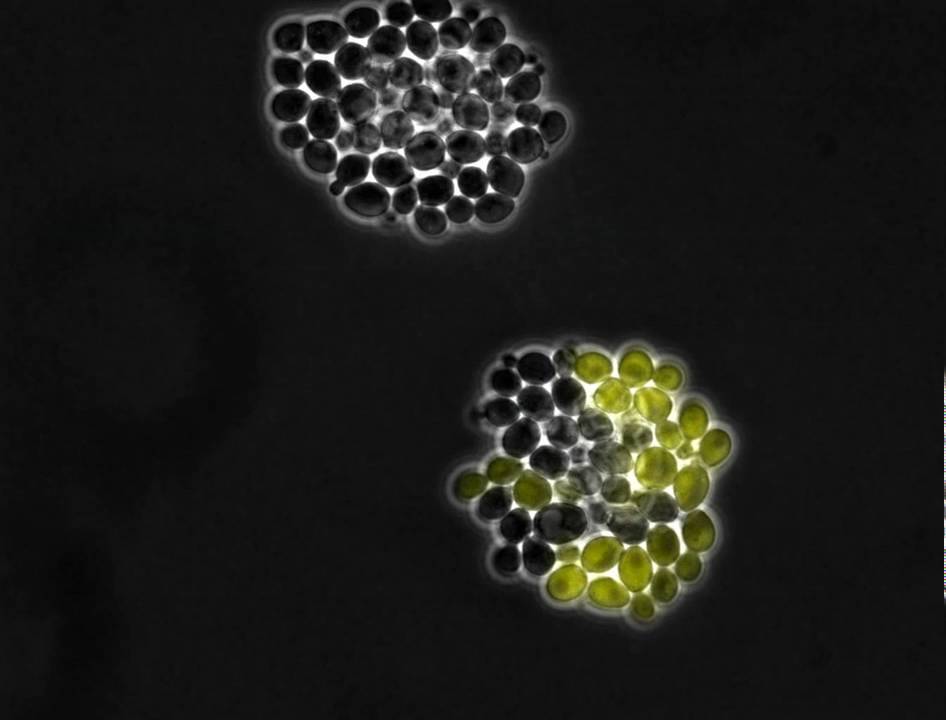 Fermentation is started by gently introducing yeast – Saccromyces cereviciae – to a sugary wort solution that has been extracted from, in our case, malted barley. This new environment for the yeast has been meticulously assembled such that the yeast is revitalised into action. The temperature, the pH and all the necessary nutrients need to be just right for the yeast to respond.

The yeast cell initially gets a shock when its plunged into its new environment but once it acclimatises it starts to consume the sugars in the rich wort solution.

Sugars such as  glucose and fructose are devoured first and by succession the larger saccharides are depleted – maltose, maltotriose and maltotetraose.

The result of a successful fermentation is not just production of alcohol but its fundamental yield is flavour. Using the diverse constituents of our malts, variables that have been deliberately introduced such as different malt varieties and different soil types – to ultimately produce the most complex of flavours.

Our fermentations are deliberately slower allowing us to evolve the most compelling flavour profile. We call on thermoregulation to slow this process down, reducing the temperature and gently guiding each fermentation to its conclusion. This cooler temperature allows us to hold on to these delicate flavours that may otherwise dissipate.

This movie is a time-lapse series of phase contrast and fluorescence images (a frame was taken every three minutes) of yeast growing on agarose pads under a fluorescence microscope. For a sense of scale, the yeast are typically several microns in diameter and divide approximately every 90 minutes. The yellow fluorescence is generated by yellow fluorescent protein (YFP), which is produced and controlled by a synthetic gene circuit built in the Buchler lab.