The Strangmans were a Norman family that settled at Bradwell, West of Great Yarmouth in East Anglia after the Conquest, before becoming significant landowners 50 miles to the south based at Hadleigh, west of Ipswich, Suffolk.

Fortunes diminished over the subsequent generations. Samuel Strangman (1610-?) emigrated to Ireland in 1652, taking his family including his 14 year old son Joshua (1638-1691) to Tinamuck, County Offaly in the centre of the country. His son, Thomas (1708-1787) appears to have emigrated to Ohio where he married in 1731, before returning to Ireland as a widower to marry for a second time in 1743, in Waterford. His fortunes – whether by marriage or by trade – appear to have greatly improved by the time his son William was born.

William Strangman (1748-1818) was a successful local merchant by the time he realised the opportunity of building what would become the most significant brewery in the region on the outskirts of Waterford. This was a time when Ireland imported most of its beer from England, much of it via the port of Waterford.

In 1770 Waterford imported 200 barrels of Whitbread from London every month. Imports doubled between 1770 and ’86. Nationally, beer imports from England soared from 4,000 barrels in 1745 to 83,000 in 1775. Westminster had introduced taxation in favour of beer over whiskey in the 1750s a tactic the Irish Parliament, thanks to John Beresford, First Commissioner of the Revenue, followed in 1791. Conveniently, he was MP for Waterford.

The Strangmans were well connected with Mary Street right from its initial development as the town expanded westwards outside the Viking city walls. A 1788 lease mentions Thomas (William’s brother), his house, “concerns” and “several other improvements” in Mary Street.

Joshua, another brother, was also leasing plots of ground by 1788. Five years later he was instrumental in the building “Timbertoes” the first bridge over the challenging river Suir, 10 metres deep, tidal, and flowing at a rapid 3 knots.

Inspired by the hundreds of beer barrels shipped in from England, unloaded on the quay, encouraged by the tax change to favour brewing over distilling, and exploiting the purity of Waterford’s volcanic spring waters and the glory of its bountiful barley fields, William Strangman established his brewery for “strong ale and beer” in 1792. It would continue to brew for 215 years.

An announcement on February 14th 1792 stated: “William Strangman and Company inform their friends and the public that they have begun the production of strong ale and beer brewing”. The company, trading as Davis, Strangman & Co, included the Davis family who were cousins.

“The buildings are imposing, and very modern requisite to produce a first – class article has been provided by the firm… The firm do a large local business and export large quantities to the South of England and Wales”

In 1888 Davis, Strangman & Co. became a limited liability company having a nominal capital of £150,000 of which £100,000 was subscribed in £10 shares. The Directors were Messrs. W.G.D. Goff (Chairman), John Strangman, Samuel Strangman, H.W.D. Goff and E.A. Gibbon. The Goffs, were yet more cousins keeping it in the family.

By the nineteenth century the Strangmans were an immensely successful and respected family in Irish society. Featured in Nobility, Gentry and Clergy, they were presidents of the Chamber of Commerce a dozen times.

Strangmans, at its height, was brewing 18 million pints a year of its famed brown beer “brought to such perfection as to supersede the necessity of any importation from England”. Waterford became a net exporter of beer,

But following independence and subsequent loss of the UK and empire market, then WW2, sales slumped to barely a million pints. The brewery limped on but finally shut down in 1948. It was reopened by Guinness as Cherry’s brewery in 1955 but closed for the last time in 2002. The ageing plant was superseded by a super-modern – though short-lived – €40m Guinness brewery in 2003. It closed only a decade later in 2013.

William Strangman’s original brewery, though now silent, stands testament to this legendary brewing heritage and one man’s vision. Alongside, dominating the town’s river front, now stands the modern Waterford Distillery, converted from brewery to distillery by Mark Reynier in 2015.

Perversely, the 1791 Act of Parliament that resulted in Strangman’s brewery being built was itself the death knell of the town’s distilling industry. Within 20 years Waterford’s three distilleries had closed down. Now, with almost poetic justice, we have come full circle: the first spirit distilled in Waterford for 200 years occurred on 9th December 2015 on Strangman’s brewery site. 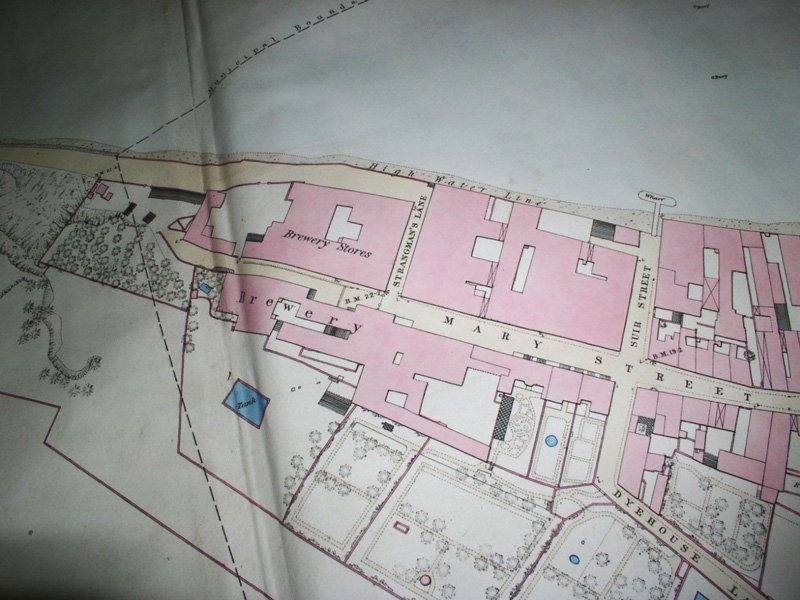 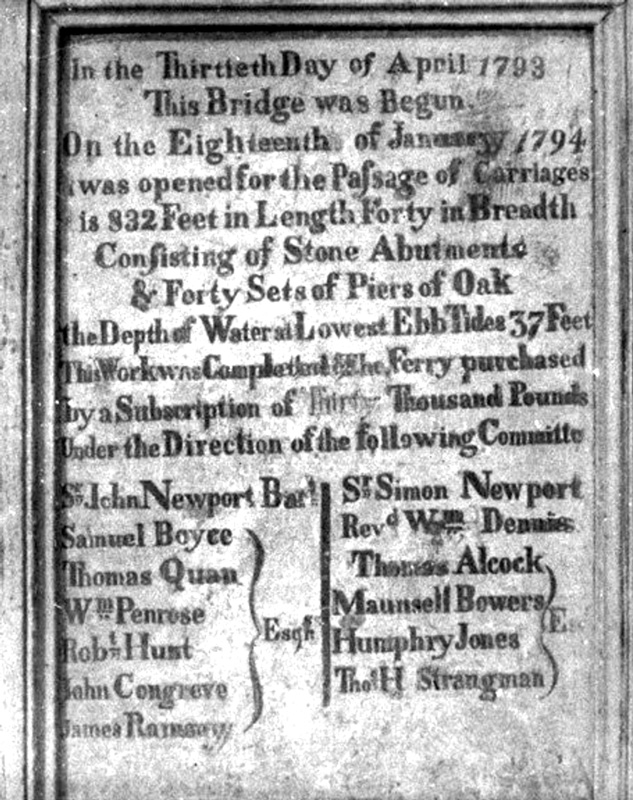 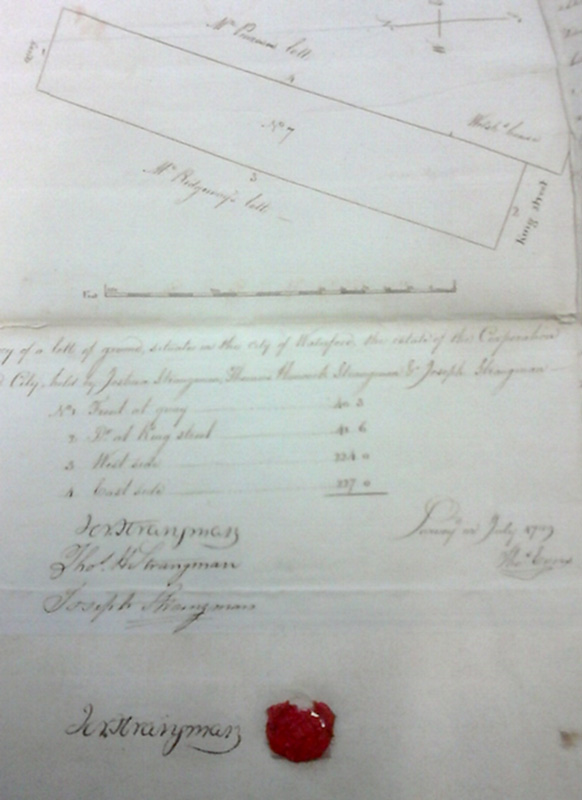 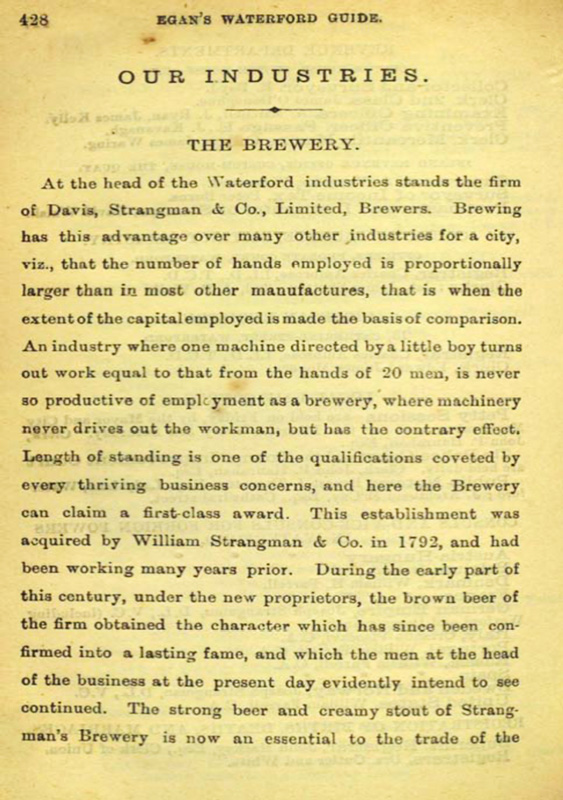 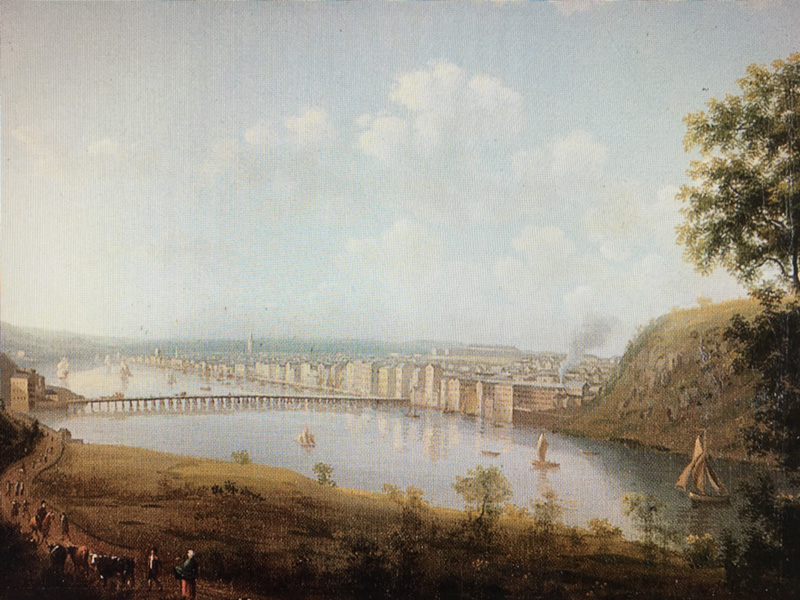 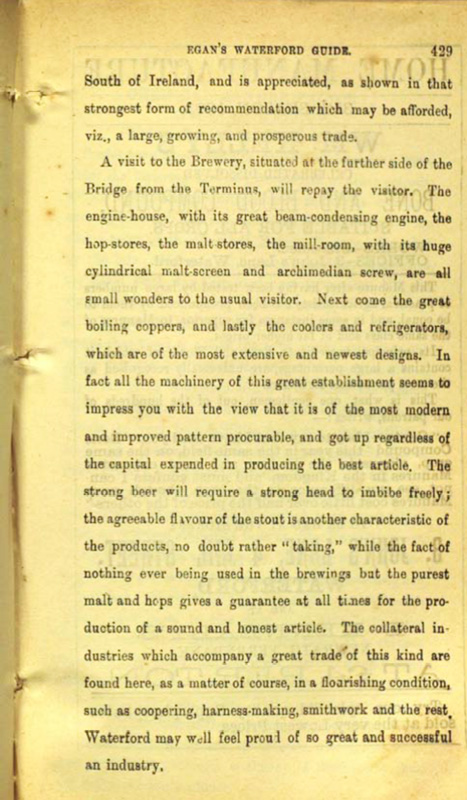