A cool, damp July in Ireland gave our growers’ crop the best – and last – chance of providing us with malting barley within the parameters we need.

With a later start than predicted for this year’s harvest, combines began rolling out across spring barley last Saturday and Sunday – on the March-sown crops throughout the south, south east, Carlow and Laois.

Winter-sown crops were extremely variable across the country. That seems to be a trend that has followed into the spring crops. Yields have varied from 2-4ton/acre – high yields have so far, and will be, a rarity for harvest 2020.

Overall malting barley has seen high acceptance in some regions, and complete rejection in other areas mainly due to the variability in growth conditions during the grain fill phase. Our neighbours in Cork, have had the overall best quality and yields so far this harvest, which was predicted after they got a substantial amount of rainfall during the drought period.

We are seeing a successful harvest in north Wexford, but in the south they are experiencing huge rejections on skint grains in general. In July south Wexford received 120% of their allocated rainfall for the month; and with the constant wetting and drying, the grain expands and contracts, with the outer skin of the grain ending up becoming detached after threshing.

For combine drivers, this becomes a nightmare. They have to adjust the drum of the combine and subsequently lose grain out the back. The issue then hits the maltster, who arguably has one of the most difficult jobs in the whisky-making process. Their problems start during steeping. The uptake of water becomes varied when the grain has shed or lost its natural filter on the outside, which typically regulates water intake.

The fear of grain disease hasn’t hampered quality yet, but after next week’s predicted weather forecast conditions will favour populations of mycotoxins that are in early life to thrive on grain.

Although we have experienced patterns of heavy rainfall, barley hasn’t lodged or brackled yet, thankfully. This is a reflection on the level of desiccation of straw/green leaf area within the canopy. As the remainder of crops begin to ripen, the heavy ears will become a burden if we continue getting heavy downpours. This is especially the case in thinner crops that haven’t the help of the neighbouring plant to hold each other up – think of a Mexican wave in an empty stadium! 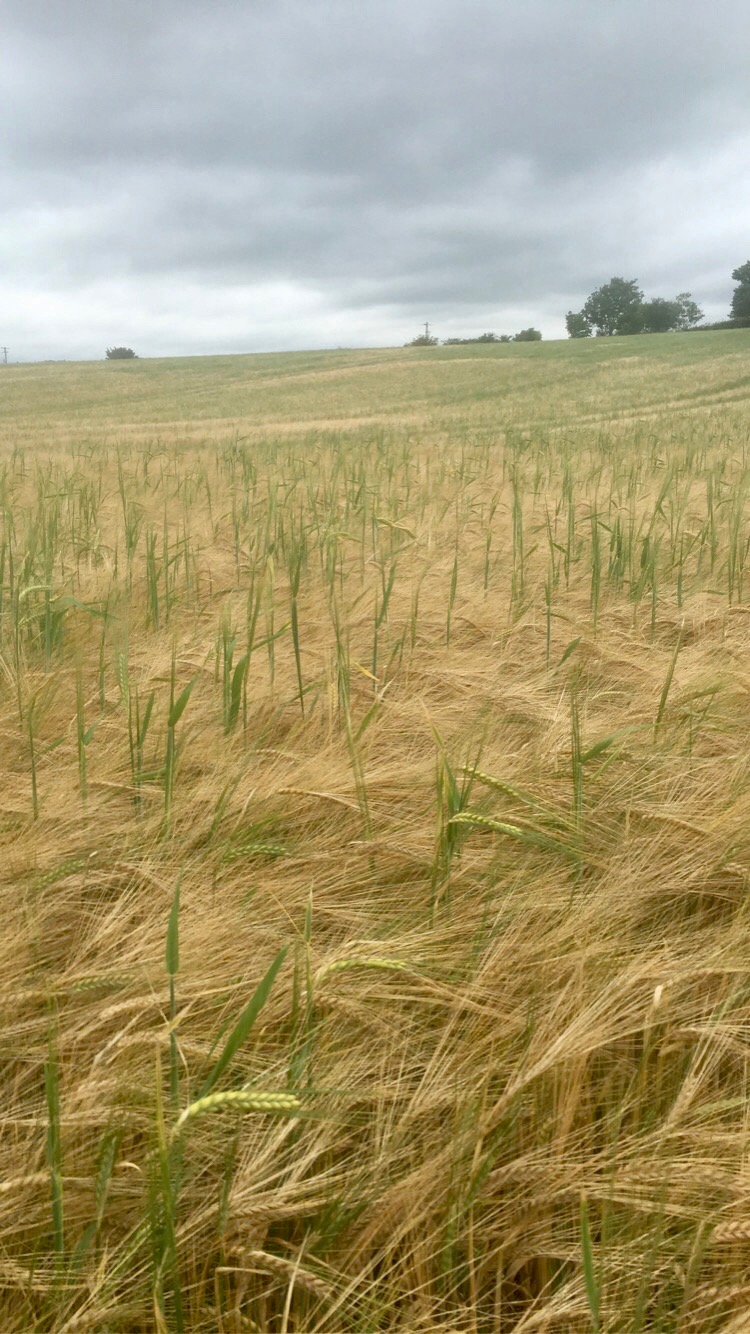