The weather conditions in 2018 will be remembered by many throughout Ireland but perhaps especially those in the farming community. While many livestock farmers were especially hard hit, malting barley growers were also affected by the extremes in weather that occurred throughout the year. A wet winter was followed by the heaviest March snow storms since 1982 with the south east corner of Ireland being particularly hard hit. When the snow eventually subsided in late March, soils were only suitable for planting malting barley by mid-April, a delay of 3-4 weeks for the majority of growers. In fact, planting was only concluded by mid-May making it one of the latest planting seasons in living memory.

The month of May was both very dry and warm although some areas did receive more rain though some very localised thunderstorm activity towards the end of the month. The dry conditions restricted nitrogen uptake which in turn reduced the amount of biomass (grains and straw) that the barley crops could produce.

Ireland frequently produces very high yields of spring barley because our cool, damp climate enables the production of crops with high grain numbers – a key determinant of barley yield. The old adage of “a wet and windy May fills the barns with corn and hay” generally rings true in this respect.

The summer months were officially declared a heatwave – a rare commodity in Ireland – and perhaps unsurprisingly drought conditions prevailed for most of June and July. This had a dramatic effect on the length of the grain fill period of malting barley crops.

GRAIN FILLING IS A KEY PHASE IN THE DETERMINATION OF FINAL GRAIN QUALITY OF MALTING BARLEY CROPS. IN COUNTRIES SUCH AS IRELAND WHERE COOL BUT BRIGHT SUMMER WEATHER CONDITIONS GENERALLY PREVAIL, GRAIN FILL DURATION IS MORE PROLONGED.

Long grain fill periods ensure high levels of starch are incorporated into the grain which in turn dilutes the nitrogen/protein concentration within the grain.

In 2018, high temperatures and drought conditions significantly shortened the length of the grain fill period. This, in the majority of instances, reduced the level of carbohydrate incorporated into the grain which in turn resulted in significantly higher grain protein concentration. Despite being planted 4 weeks later than normal, malting barley crops were ripe and ready for harvest on the August bank holiday weekend – 10 days earlier than normal.

The biggest effect of the drought on the malting barley crop was on the grain yields produced. Whilst expectations were not high going into the harvest, yields in the majority of the south east region were at a low level not observed in 25-30 years.

In the past 3 years the majority of the Waterford Distillery malting barley growers have produced barley yields in a range between 7-9t/hectare, however, the range this year was between 4-6t/hectare from the same Olympus and Laureate varieties.

In a contrast with grain yield, grain quality of the Waterford Distillery batches is surprisingly good given the extreme seasonal factors at play. Early harvest results in the Athy and Carlow areas revealed that grain protein levels were significantly higher (11-13.5 %) than the norm and true distilling quality samples (<9.3 % protein) were rare if non-existent. However, as the harvest progressed protein values stabilised and were also generally lower in Wexford. As a result of this, the decision was taken to accept two additional barley batches which had a low protein % from two new farms in Co. Wexford. Of the 21 conventional batches the average protein is 10.4% with a range from 8.9 -12.2%. Screening % were generally at low to medium levels in barley with protein levels within the acceptable threshold 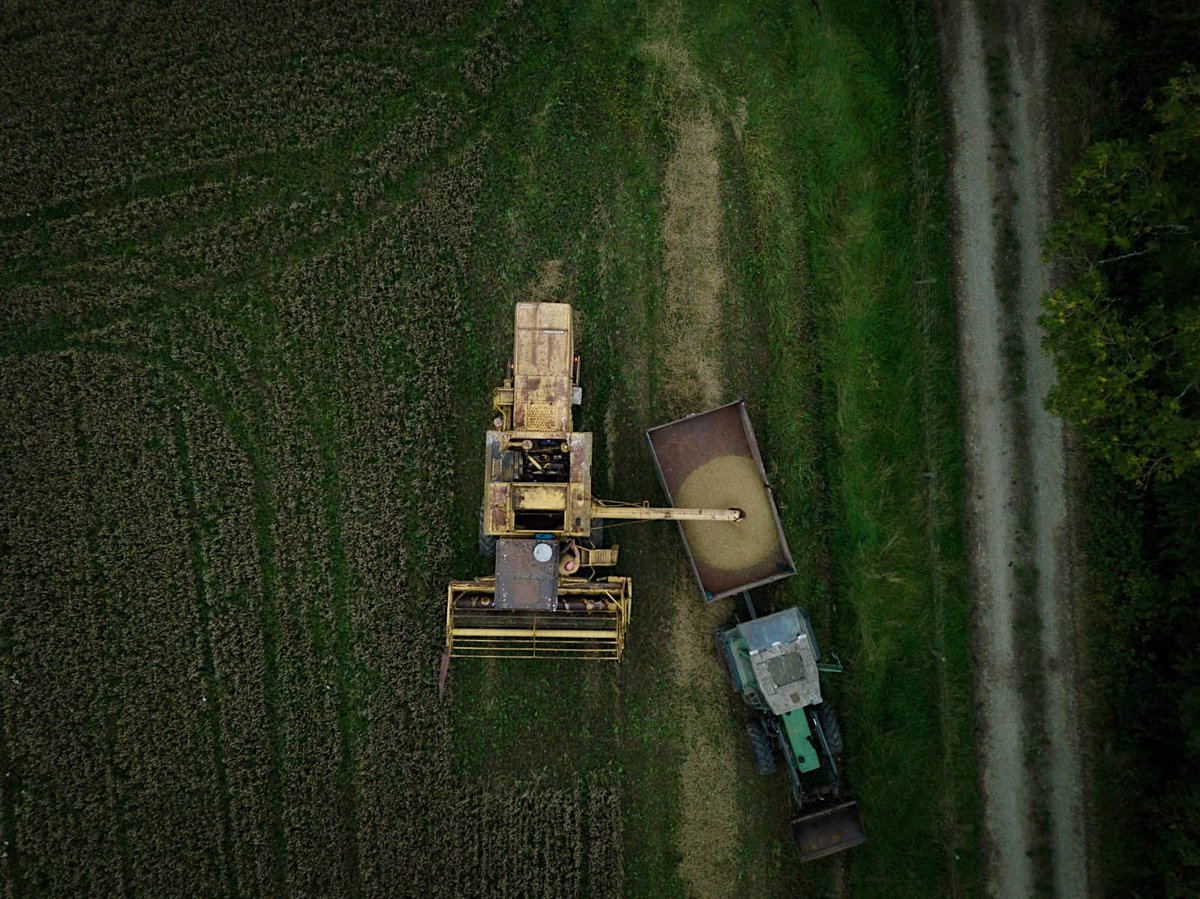 The organic and biodynamic malting barley batches fared better in the hot weather summer weather conditions with grain yields in the normal range of 4-5-5.5t/ha. This is very close to the majority of conventionally grown malting barley crops, which is an unusual trend. Physical grain quality was particularly good, however, with very low screening levels and good specific weights. Moistures in the grain were low and the barley samples were cleaner than in previous seasons.

Grain protein values existed in a narrower range of 9.4-11% but interestingly the overall average is 10.3% – very similar to the conventional batches. The dry summer was undoubtedly more favourable for the organic and biodynamic barley crops with low pressure from wet-weather diseases which resulted in good grain fill. Low summer rainfall also reduced competition within the crop from weeds which may have captured more yield potential. 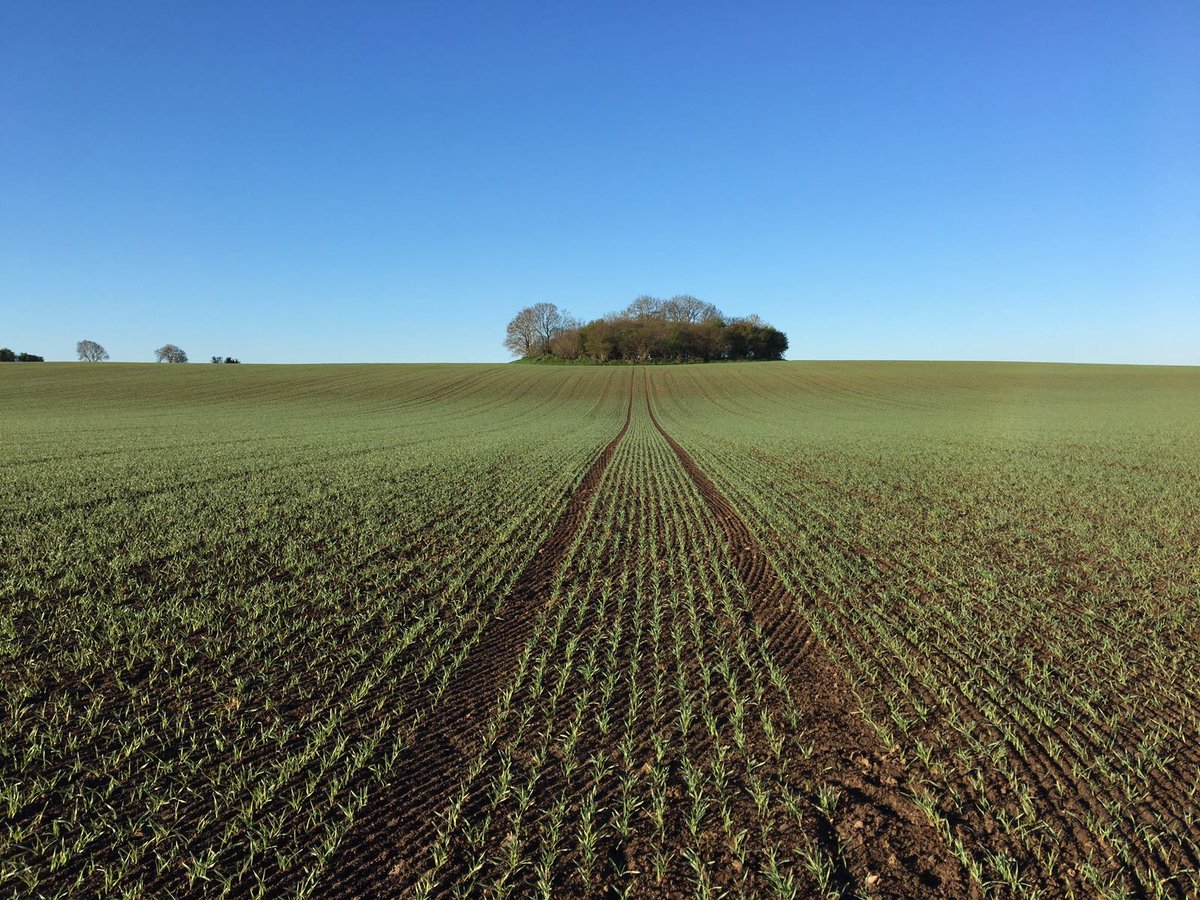 It is difficult to draw any firm conclusions from this year’s malting barley harvest due to the extreme weather conditions and we can only hope that 2019 reverts to similar weather patterns like those experienced in the previous harvests of 2015, 2016 and 2017.

Climatic conditions have a huge bearing on final grain quality. The 2018 crop highlights the challenge of securing high quality malting barley for distilling.