TERROIR IS THE 3D INTERACTION OF SOIL, MICROCLIMATE AND TOPOGRAPHY ON PLANT GROWTH. TERROIR’S IMPACT CAN BE DETECTED IN FLAVOURS INFLUENCED BY THAT GROWTH.

The vignerons of France coined the term ‘terroir’ for the complex interaction between land, soil and microclimate that influences a vine’s grapes. This seemingly fancy concept is not that peculiar, nor unique to the French. Gardeners intrinsically understand which plants grow in acidic or alkaline soils; those best suited to light sandy soils or heavy clay; they know which plants are susceptible to frost, wind burn or sea-salt. They don’t call it terroir, though. They call it gardening. Farmers call it farming.

Like any other plant, barley – a grass – has roots nourished by minerals in the soil, originating from the bedrock itself after millennia of erosion.

Different soil types, from sandy loam to peaty histosols, with their associated minerals and consistencies influence the grain as they do the grape. Minerals enter plants mostly through the root hairs so the composition and texture of the soil is influential.

Terroir, though, is not about the soil alone, but the lay of the land too. In the barren days of winter, dark patches of soil in a ploughed field reveal the pockets where excess moisture collects – a risk of rotting the roots of any crop. Or frosty air concentrates on a still, spring night as deadly to any burgeoning crop as a fatal disease.

Farmers know a wind-breaking ridge of trees not only provides protection but reduces evapotranspiration, improving growth. Steeper slopes have thinner soils with better drainage as repetitive rains wash the soil down hill; conversely, flatter ground where that soil accumulates, is deeper and richer producing lusher plants. Rocky fields radiate extra heat enabling the crop to ripen sooner and unique varieties can be tolerated.

Every single one of these nuances contributes to an overall micro-environment, a distinct story of a growing year in one place. Amidst these myriad variances, a crop of barley is sown and grown. When harvested, the grain has become the sum of this growing year, a statement of its terroir. And when distilled sensitively – not rushed through some fast, generic process to maximise margins, but slowly, with great respect and consideration – it is possible to capture that terroir expression in spirit, to derive a specific set of flavours from a specific place. Though almost unheard of in the whisky industry, this is not a new philosophy (though we are unique in applying it in this way) it has been defined and refined to perfection in France, and increasingly the new world.

A PRODUCE OF FRANCE

France’s two most famous vineyards, Bordeaux and Burgundy, are defined by the concept of terroir, though the result couldn’t be more different.

Pinot Noir is ideally suited to the fractured geology of the Cote D’Or, its sole red grape variety. Almost two millennia of close observation by Cistercian and Benedictine monks identified how the vine responded to the juxtaposed limestone seams, as shuffled and faulted as a card deck, of the escarpment slope. Its resulting wines have led to these terroirs being legally recognised, a system of controlled appellations, where the top vineyard terroirs – each with their own individual character – are fiercely sought out, their ownership jealously prized. The geographical anomalies create microclimates such as the Combe Brûlée in Burgundy’s famous Vosne Romanée vineyard; its reputation comes from the Pinot Noir grapes that ripen quickly in this burnt hollow, a geological sun trap. In some cases, like Christophe Roumier’s Le Musigny, there are no more than two barrels a year. This is terroir on a micro-scale.

Bordeaux is on an estuary, the confluence of two mighty rivers and their associated alluvial deposits washed down from the Massif Centrale and the Pyrenees. Like any mountain burn or beck, flowing water deposits fine sands on one bend, gravel and stones on the other, and so it does here: the gravel on the left bank, the sand and clay on the right bank. These soils determine the grape varieties that thrive best: Cabernet for the left bank gravel, Merlot for the right bank clay – and three other varieties in between. An estate, following its geology, will match five red varieties to a specific soil condition and prevailing microclimate. Subsequently each ripening terroir will be harvested, vinified and barrelled separately. A chateau will make up to fifty such individual mini-wines. 18 months later, comes the assemblage, the careful marrying of these component wines, to produce one immensely complex Grand Vin. In there lies the greatness of Bordeaux, terroir on a macro-scale.

Terroir is fundamental to both Bordeaux and Burgundy. To put it in perspective on Burgundy’s appropriately named Golden Slope, 15,000 subtly different versions are produced from just a single grape variety – Pinot Noir – on schizophrenically-fractured geology. In Bordeaux 312,000 acres, 5 grape varieties are optimised on vast alluvial deposits to make 10,000 wines. 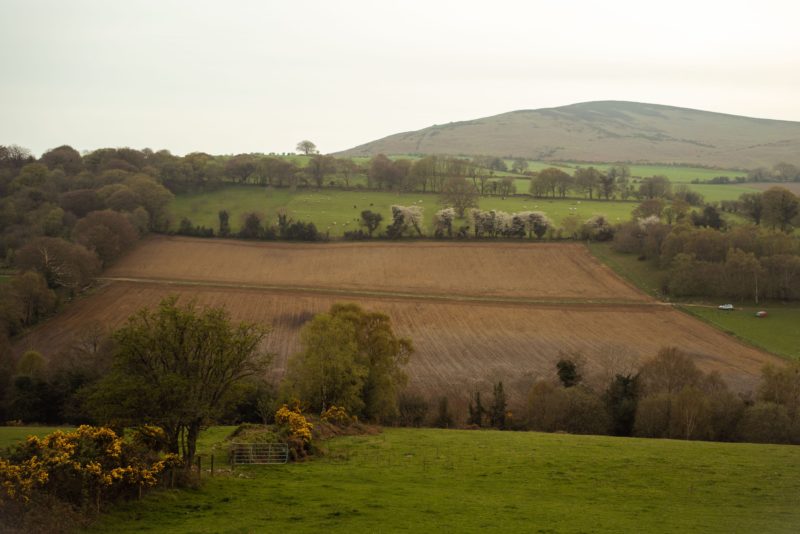 A wine may come from a single terroir as in Burgundy, or from several as in Bordeaux. As a terroir allows different and distinct wines to be made, likewise individual farms allow us to distil distinctive spirits – even from the same variety of barley. Or profound ones from assembling several varieties.

For much of the whisky industry barley is a generic commodity, purchased on continent-wide markets – you can bet your bottom dollar the best grain rarely leaves the country in which it was grown. It’s about volume; it’s about price – the industrial constructs of continuity and conformity are key; for them barley is just barley, and provenance an irrelevance.

Yet barley is the genesis of single malt, it’s what makes it the most complex spirit in the world. The entirety of any new spirit’s flavour, as it flows from the still, is derived from the flavour compounds that originate in the grain. And that grain starts in a field, somewhere.

Our whisky terroir project, a world first, has already demonstrated that barley transforms the nutrients derived from unique terroirs into correspondingly unique flavour compounds through distillation.

We already knew this; our distillery captures each farm’s crop, one a week, throughout the year, and we have the data to back it up. Now we know terroir exists on a scientific level and it can be proven.

Each growing year we see different subtleties transferring from the farm to the still house: harsher winters, wetter springs, dryer summers; different soils respond accordingly, depending on their aspect, topography or their geology. The sandy, salt-laced soils of Bannow Island, which slide towards the sea to be battered by the Atlantic winds, couldn’t be more different than the rich soils of County Tipperary, sheltered by hedgerows, trees and undulating hills. Any nutrients made available to the barley in each situation, nourishing the crop throughout the year, will have been a different composition; and that has given us different flavour profiles in our new make spirit, time and time again.

After several years of distillation we have now built up a vast library of spirit, hidden away in the distillery, derived from our individual growers. It is often amusing to see a visitor’s expression as they nose and taste some of these distillates: each is subtly different in their own way.

But these individual distillations are merely beginnings. They represent countless possibilities. 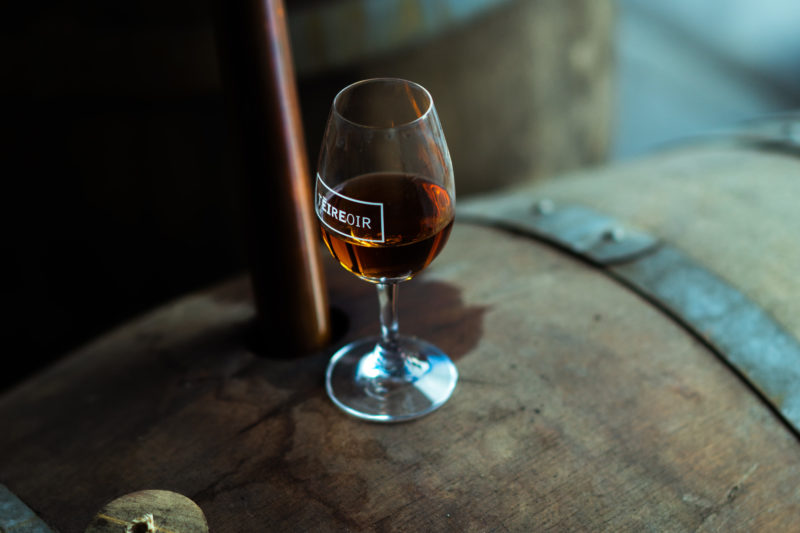 TERROIR – OR TEIRÉOIR – IN A GLASS.

Anyone can use the word terroir; indeed, it is rapidly becoming the buzzword du jour to be used and abused by producers. But terroir is only just part of the provenance triptych, our holy trinity: you cannot have provenance without terroir, traceability and transparency. Without any of these other facets, talk of terroir and provenance is futile.

It is essential to prove that the integrity of terroir has been maintained throughout the journey from field to barrel.

What happened to it after harvest? Where was it stored? How can we be sure it wasn’t mixed with other grains? Then what happened during fermentation and distillation?

Our ultra-modern distillery, tooled up and engineered with the precision of a Swiss-made watch, puts us in the unprecedented position of being able to prove the integrity of terroir. Working back from distillation to the field, we can demonstrate the grain’s origin and how it was treated at every step along the way. We can prove that the variances in spirit flavours are because of the terroirs from which they were derived.

TERROIR ALONE IS NOT THE DESTINATION

Now that we possess a precision of provenance, now that we have proven and shown terroir, will we have arrived at our destination? Is this the point of terroir?

Each time we extract a set of flavours from the land, it represents a new starting point for maturation, and after spending time in super-premium oak then being assembled together, it produces a unique ‘single’ single malt. This is ‘merely’ a baseline ingredient, a component for something far greater than the sum of its parts.

Whilst we will undoubtedly enjoy showcasing the variety and precision of bottlings derived from a single farm, it is only when we assemble these component ‘single’ single malts that we will arrive at our destination: a harmonious grand cuvée of multiple farms across several vintages. Layer upon layer upon layer of terroir-derived flavours – stacked one on top of the other, the ultimate Waterford Whisky and, we humbly believe, the most profound single malt ever made.