Terroir appears a bit of a loose, airy-fairy concept; hard to define, so easily appropriated. It’s fast becoming a lazy buzzword where the blind lead the blind down the alley of ignorant one-upmanship.

Our take on terroir, that beguiling 3D influence of soil, microclimate and place on a plant’s fruit – is as simple as this: if one takes the barley from a specific plot of land – a Single Farm Origin – harvest, malt, distil and mature it in isolation, what does that give us? And how does one compare to another, if at all?

There is a joy in and of itself in discovering the different nuances from each Single Farm Origin, and then seeing how those flavours transform – yet retain the essence – their soul – through maturation. Over several years it is entertaining, bemusing, mesmerising even, to get a sense of how different personalities are revealed – like children maturing into adulthood, each with their original character though now mellowed and evolved: a number retain a youthful vitality, some are more subtle and thoughtful. A few are shy, introverted; yet others boisterous and extrovert: each has his own voice while all share the same family trait, the DNA.

The result of nurture & nature they become more complex with age. So it is with each whisky different but undeniably of Waterford. An individual with family DNA.

As wider society rearranges itself around the cult of the individual, perhaps that is what we have done here: a terroirist cult based around individuality of barley instead of the single cask.

And as an individual is infinitely more powerful when they lean upon others, we believe that as with a Grand Vin de Bordeaux or a Grand Cuvée de Champagne, the same applies to Waterford terroir. No man is an island?

Others may perceive this thinking as mere eccentricity, or worse – and we can’t rule it out – but here’s how such philosophy will be revealed in bottle. 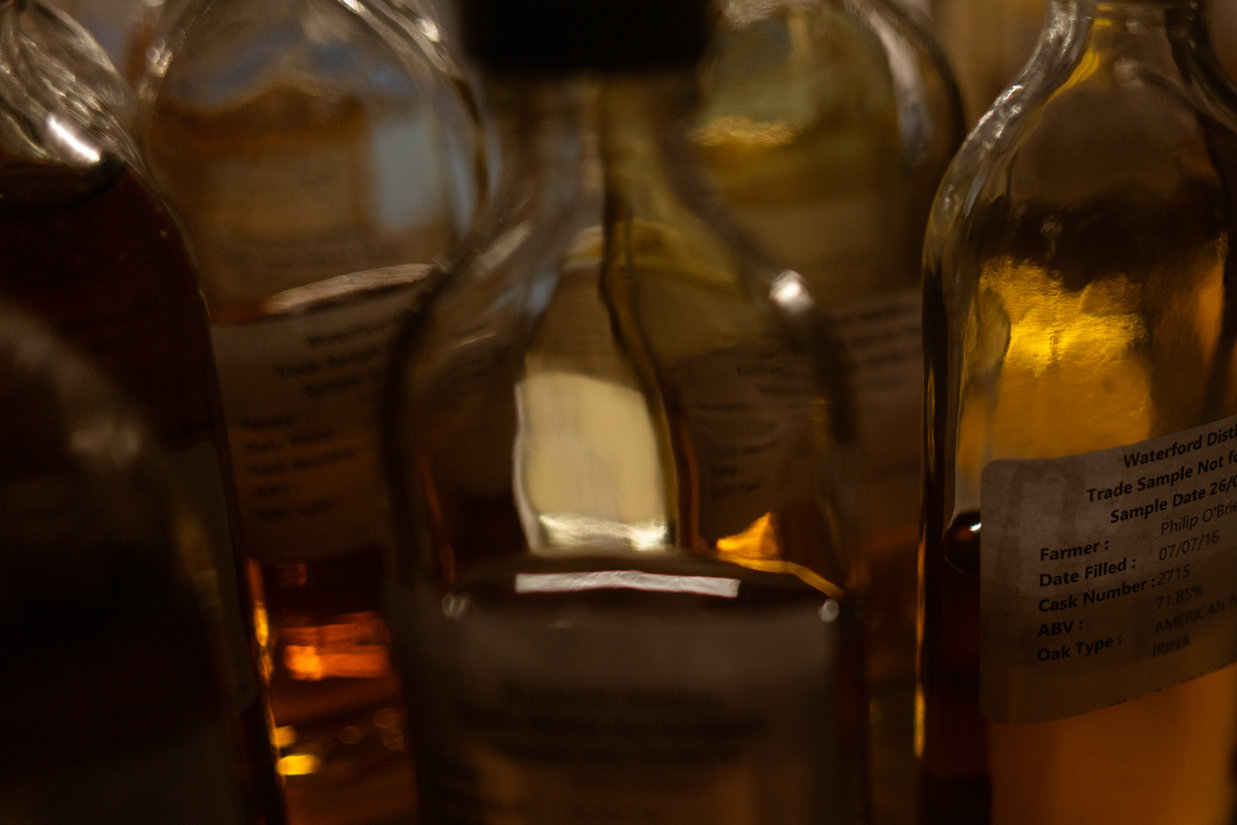 “THE CURE FOR BOREDOM IS CURIOSITY. THERE IS NO CURE FOR CURIOSITY.” — DOROTHY PARKER.

A Single Farm Origin distillation is one terroir, one harvest, one character. It sounds simple, but all we do (via rather complex logistics) is allow the character of each terroir to shine through.

With demonstrable equality of process for each harvest – fermentation times, same distillation times and so on – we allow each terroir, each personality, to express itself. We’re intrigued by what the barley wants to say as it passes through the Facilitator. And with the latest Gas Chromatography Mass Spectrometry (linked to sensory analysis) we can see it: like a cryptologist decoding a cipher it allows us to make sense, to see clearly, what a particular Single Farm Origin, one voice, wants to sing. 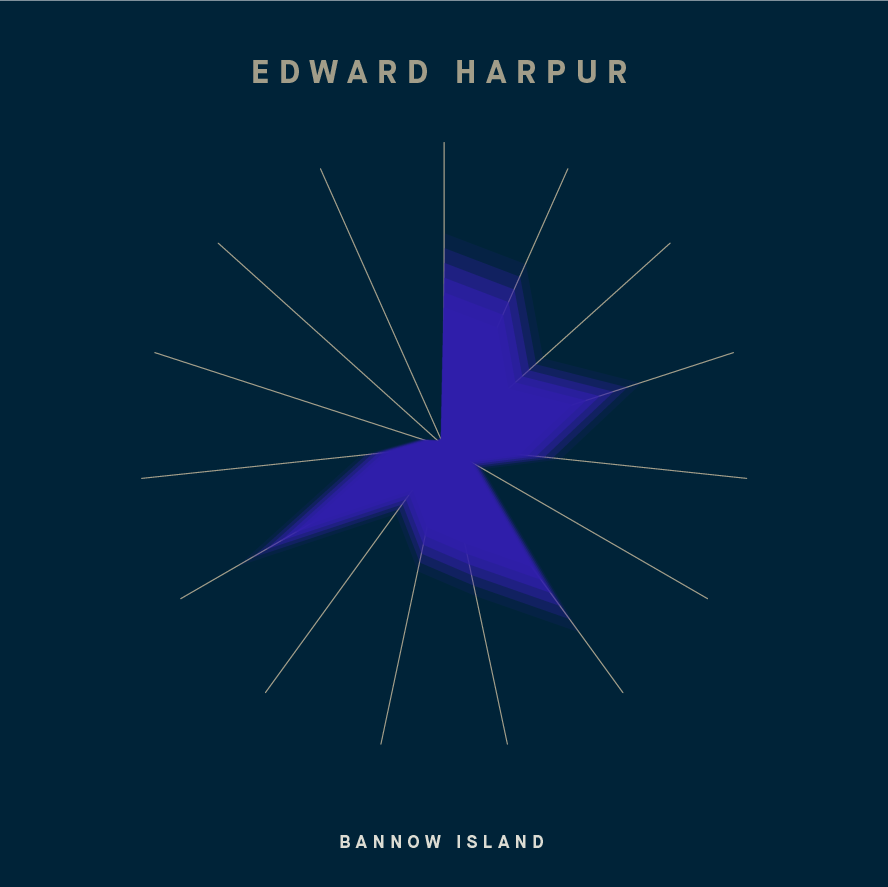 A FLAVOUR PERCEPTION CHART OF A SINGLE FARM ORIGIN: ONE INDIVIDUAL FARM DISTILLATION – ONE VOICE, ONE STARTING POINT FOR MATURATION, ONE VARIANT OF A WATERFORD WHISKY. 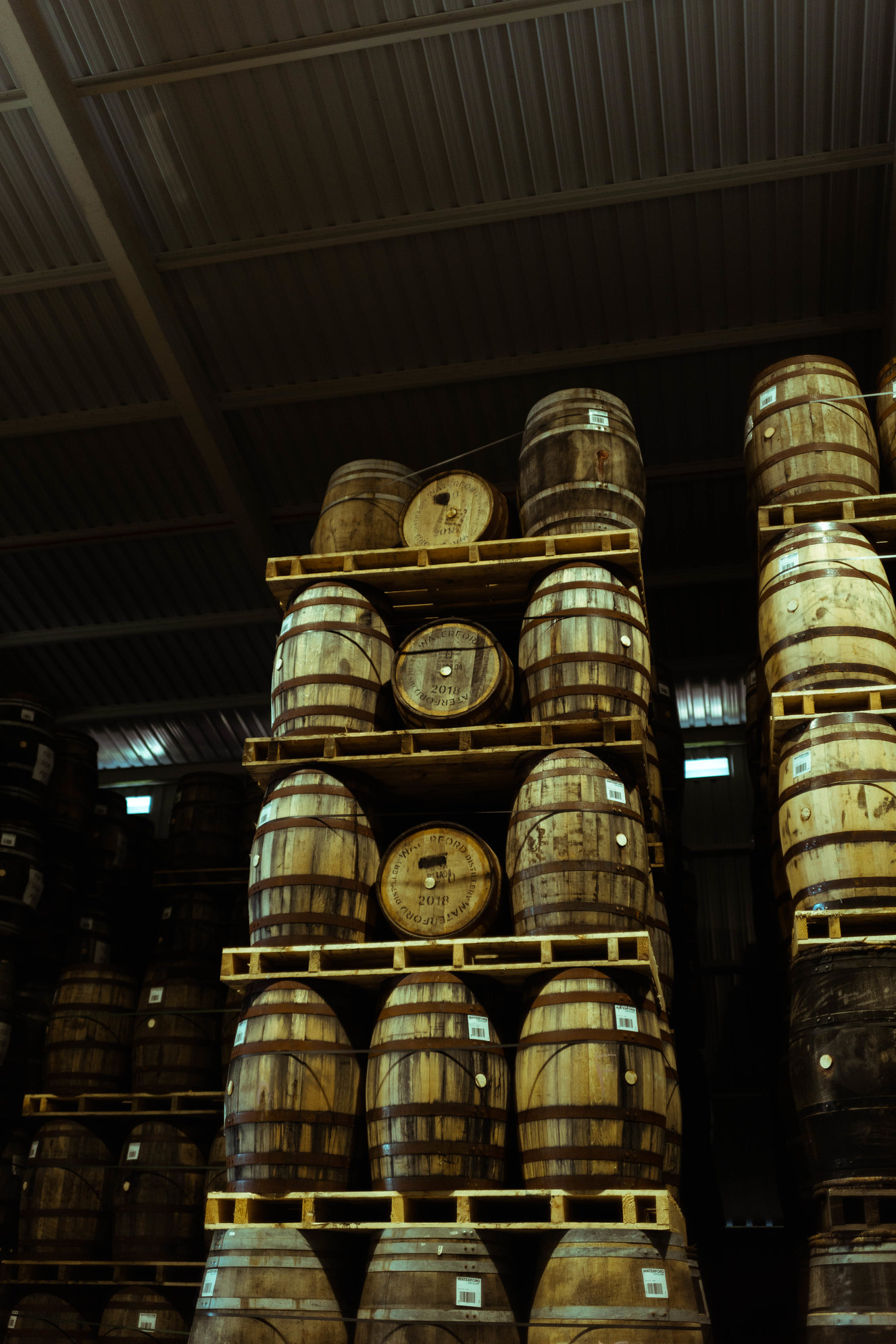 ONE COLUMN = ONE FARM’S DISTILLATION, A MINI WATERFORD SINGLE MALT IN ITS OWN RIGHT.

We distill 40 farms’ barley per year; it takes a week a farm. Each of those represents the purity of an individual voice. Yet how much more interesting would it be to hear more voices, descants and harmonies – voices in unison? Wouldn’t it be interesting to know what that might sound like – smell like, taste like – with bass, baritone, tenor, alto, mezzo-soprano, and soprano sounding together? A choir is the sum of the parts, greater than the individual.

Transposed to a GCMS sensory analysis chart the ‘shape’, the Waterford DNA, is clear to see as the spider graph spokes of the flavour wheel are touched by the distillate. When one amalgamates the flavours of a years’ worth of Single Farm Origins, overlaid one on top of another, more beguiling patterns form: the Waterford style is apparent but clearly not one farm is identical to another. That’s the terroir talking. It’s subtle, but it’s there for all to see.

Maestro Ned’s challenge is not merely allowing one voice, one solo, to be heard. He must listen to each terroir in turn, to see how one sounds with another, to assemble these unique distillates creating melodious harmony over angular cacophony.

How does this differ, you say, from a blended whisky in our analogy? Blended whisky, made from a predominance of column still spirit distilled from maize, has a “top dressing” of various flavour-rich, pot still whiskies distilled from barley – single malts – in the blend.

This would be like football fans at Carnegie Hall chanting, rather than singing, a different score in a discordant key. What it makes up for crowd-pleasing enthusiasm, it lacks in precision. Babel rather than celestial.

A further difference comes from familiarity: we know these voices as individuals not as strangers; we don’t merely know their names, but have seen where they came from and understand their evolving nuances. As a tutor knows their young protégés, we know what position these voices are best suited to; where intriguing duets or trios may be developed, and where we might obtain the best, most stirring sound of all. 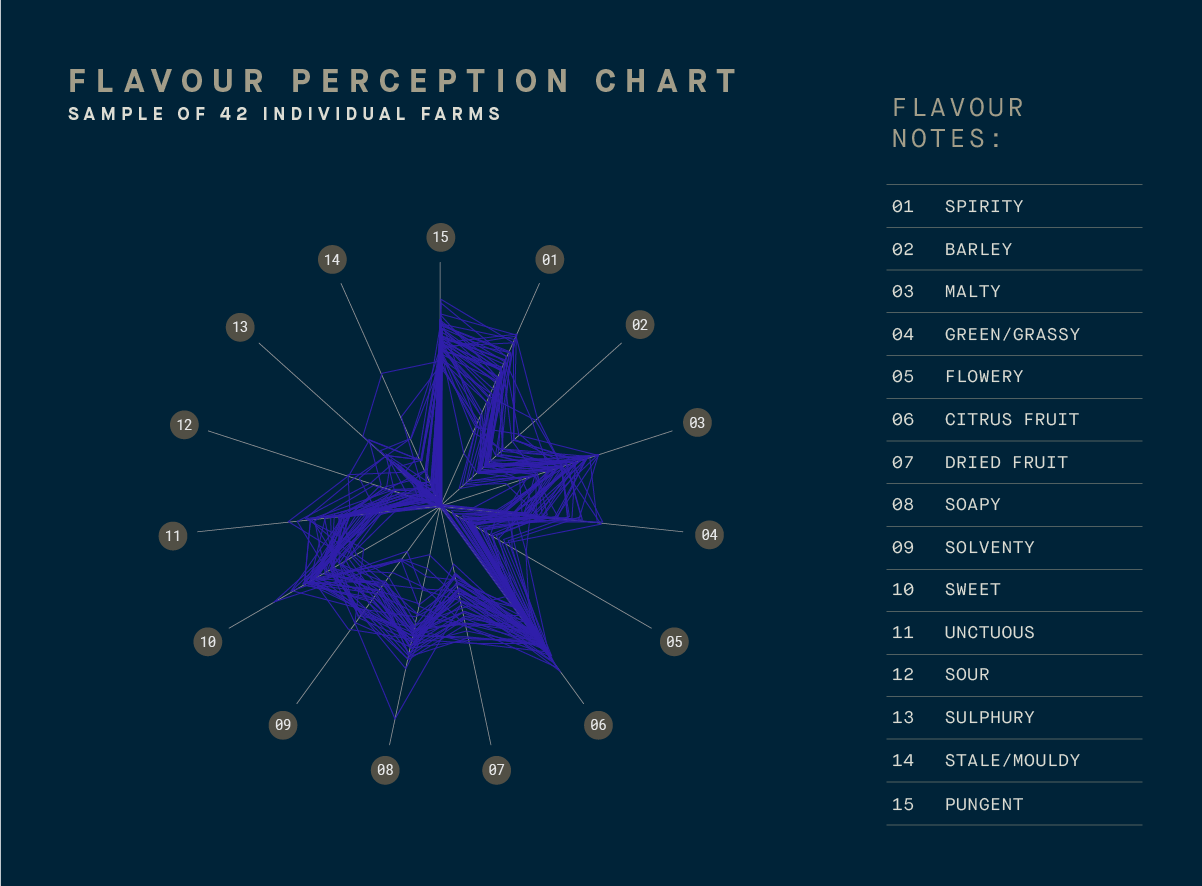 THE PATTERNS THAT INDIVIDUAL BASE DISTILLATES, ONE ON TOP OF ANOTHER, LAYER BY LAYER, BEGIN TO FORM. 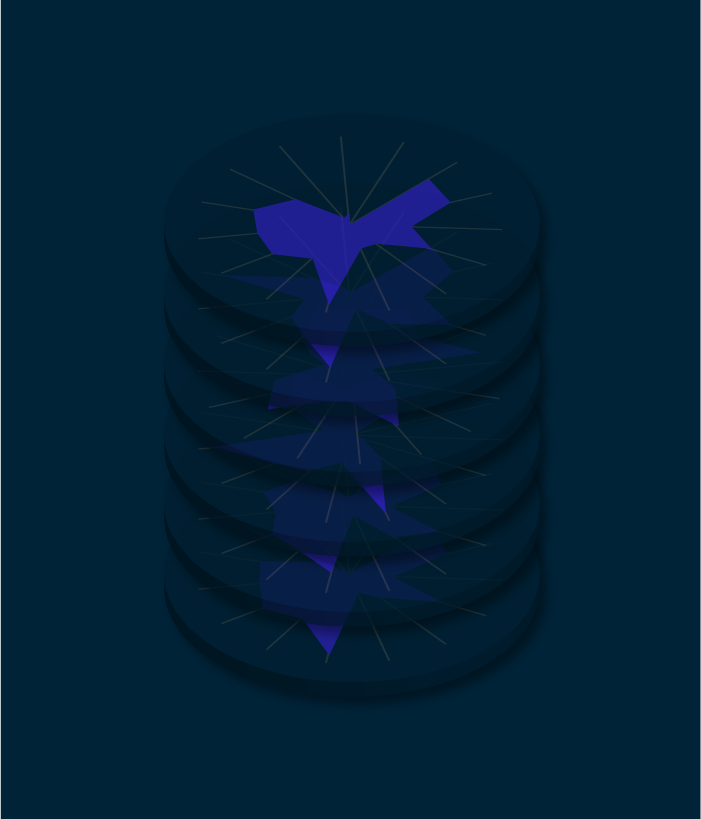 Handel, composer of the “Messiah” oratorio, was better known for his soloist work than thumping choral set-pieces. Perhaps Waterford will become known for one farm, one place, captured in spirit? But this is not the goal. These Single Farm Origins are stepping stones to our true destination, the real point of our terroirism. You see, we want the whole choir to sing as one: the volume, density, complexity of countless terroir-derived distillates each a Waterford single malt in its own right, coming together as a multi-farm cuvée, to produce the ultimate experience, one glorious tune, a magnum opus.

A Messiah complex – or a worthy ambition?

One day, in the not too distant future, when we’re ready and not before, these whiskies will make their way out into the world, the ultimate harmonic.

Our aim has always been to assemble this vast choir, the greatest array of barley-forward, terroir-driven, natural voices. We’re simply curious about what terroir might offer in this way – what that might sound like – and have dedicated ourselves to the cause.

Perhaps you’re as curious, too.