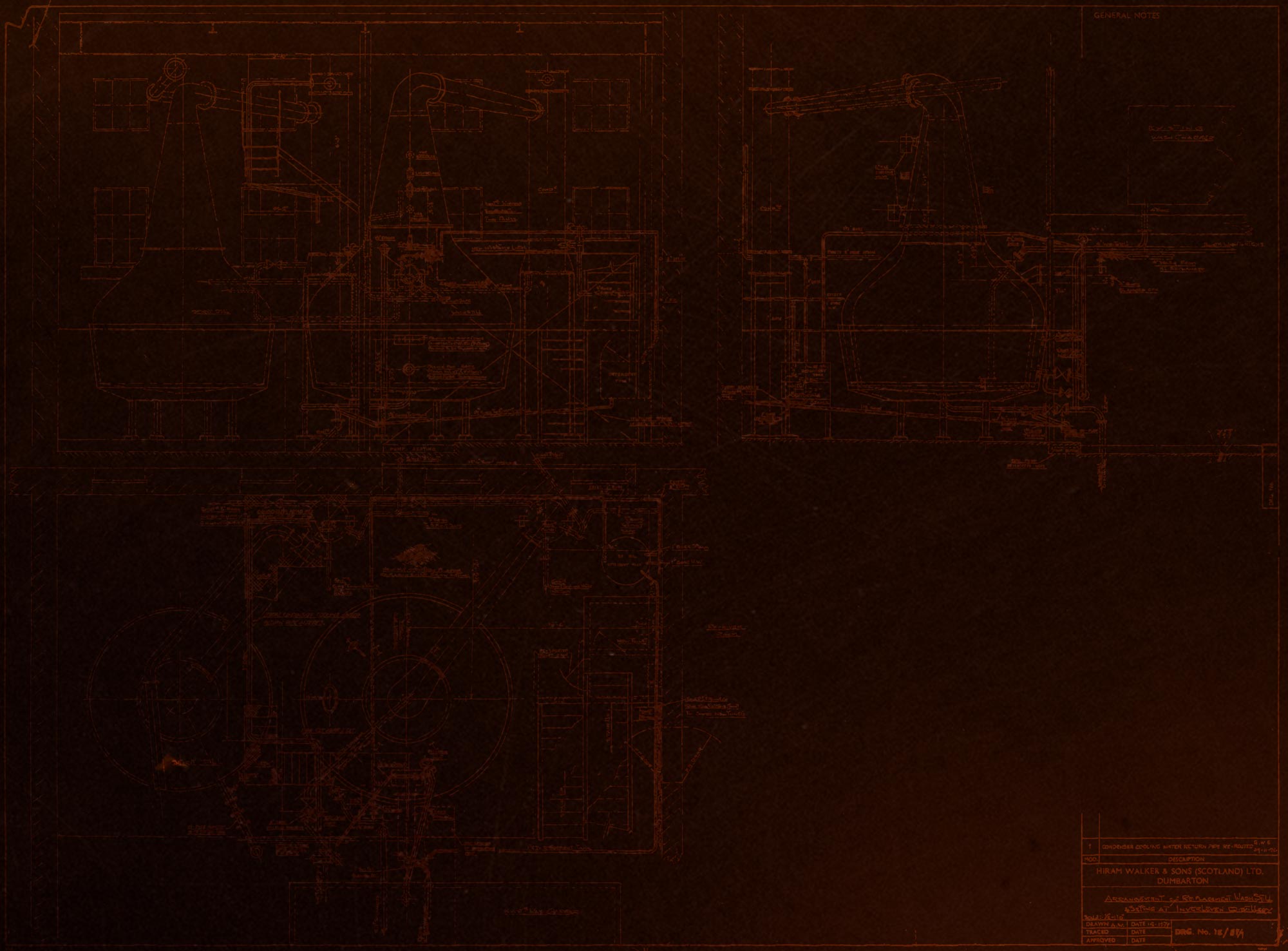 Our copper stills have an intriguing story to tell.

Canadian distiller Hiram Walker bought the Glasgow-based distiller George Ballantine & Son Ltd In 1936 and set about constructing a huge grain distillery that opened in 1938 on the site of a former Archibald McMillan shipyard on the banks of the confluence of the Clyde and Leven rivers.

Shoe-horned into the imposing 15 acre distilling complex was a compact, vertically-integrated and fully self-contained, distillery within a distillery, known as Inverleven. Its two stills were to produce malt whisky for Ballantines.

In 1956 the first experimental Lomand still was installed in the already cramped space, and together these three stills produced generic malt whisky for blending purposes. Some bottles of this spirit can still be found bottled by independent labels.

The two original pot stills were redesigned and replaced in 1972 by Glasgow coppersmith Blairs.

Allied Lyons bought Hiram Walker in 1987 to form Allied Distillers. Two years later they acquired Whitbread, the owner of nearby Strathclyde grain distillery, which would become Inverleven and Dumbarton’s nemesis.

Shortly afterwards, in 1991, now ‘surplus to requirements’ and impractical to operate, the Inverleven distillery was shut down. A decade later, in 2002, suffering from historic lack of investment, Dumbarton too was closed, production moved to Strathclyde and the site destined for riverside housing.

Enter Demolition Dave. Charged, so-to-speak, with dismantling the monolithic complex of buildings, Demolition Dave set about with his dynamite, ball and chain gang. At the same time, the resurrection of Bruichladdich distillery was well under way, the small company struggling a shoe string to keep the Victorian plant operating.

Putting two and two together, a vague deal over a dram was struck where distillery spares could be extracted from Inverleven before the buildings were to be destroyed. However, the nascent company’s unexpected obligation for the modest scrap value of £35k almost bankrupted Bruichladdich.

Over an heroic two week period ten employees, like the Borrowers, raced against the clock to unscrew and dismantle everything that moved and shipped it back to Islay by road and by sea. This raid included the three stills – the experimental Lomand and both the 1972 Wash and Spirit stills – with hopes that one day they might just come in useful. And eventually they did.

The Lomand Still, christened Ugly Betty, was finally installed at Bruichladdich in 2008 to make the celebrated Botanist Gin. The spirit still languished in a yard at Port Charlotte while the wash still sat beside the distillery.

In December 2014 the uber-modern Guinness brewery at Waterford was bought by Mark Reynier with the intention of converting it to a whisky distillery. With a long delay for new stills those two Inverleven ones came under the spotlight, were checked out by Forsyths and found to be ideal.

A year later, having only seen action for a modest 18 years, they were acquired from Bruichladdich, repaired, recommissioned and installed in Ireland. For the first time this venerable pair of stills’s sole purpose is to make premium single malt whisky. They produced new spirit on 9th December 2015.

And what of Demolition Dave? Fifteen years after demolishing Inverleven he became a shareholder in Waterford Distillery.

This film documents their origins, journey and installation at Waterford Distillery.

The two original pot stills were redesigned and replaced in 1972 by Glasgow coppersmith Blairs. 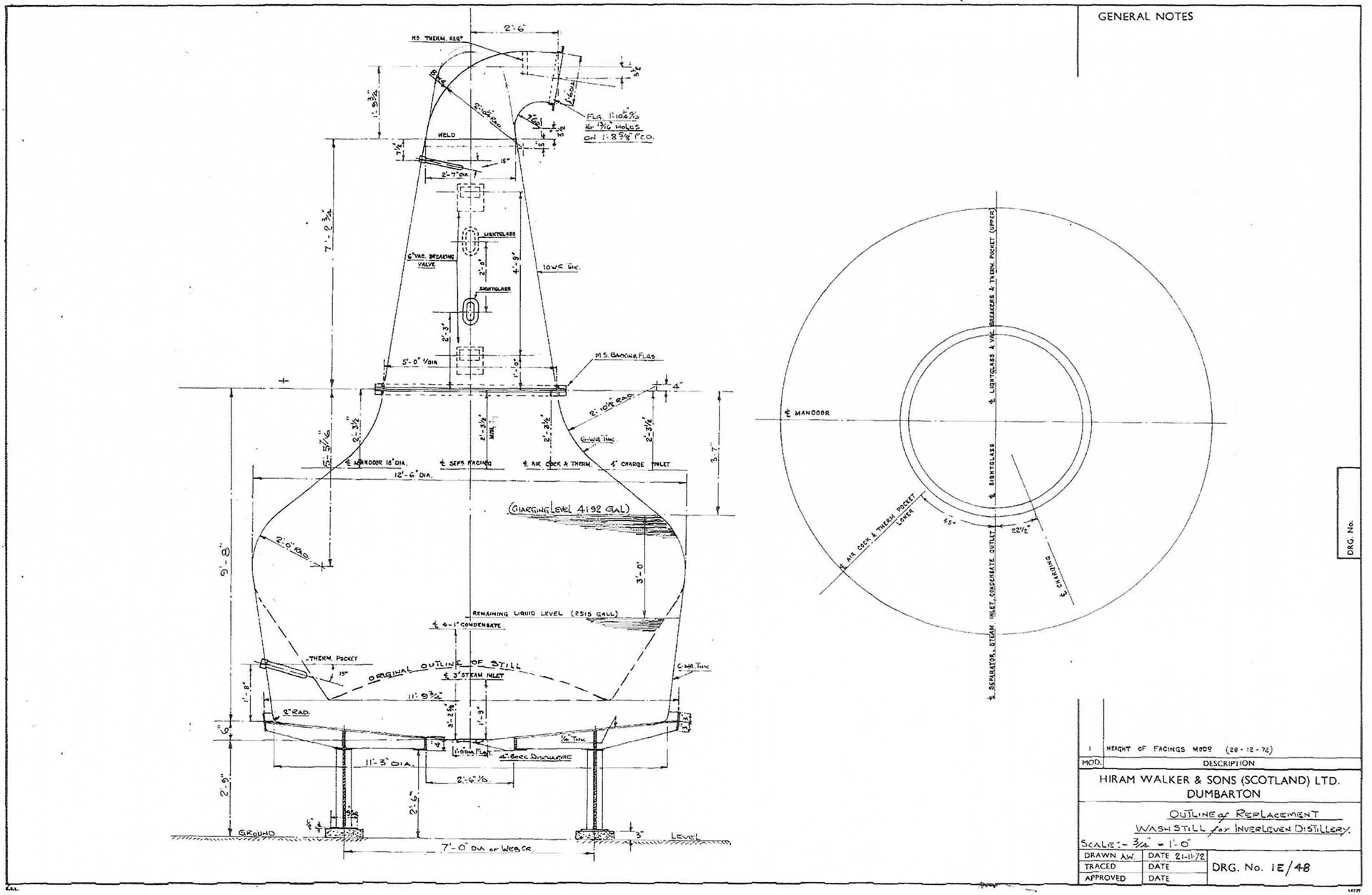 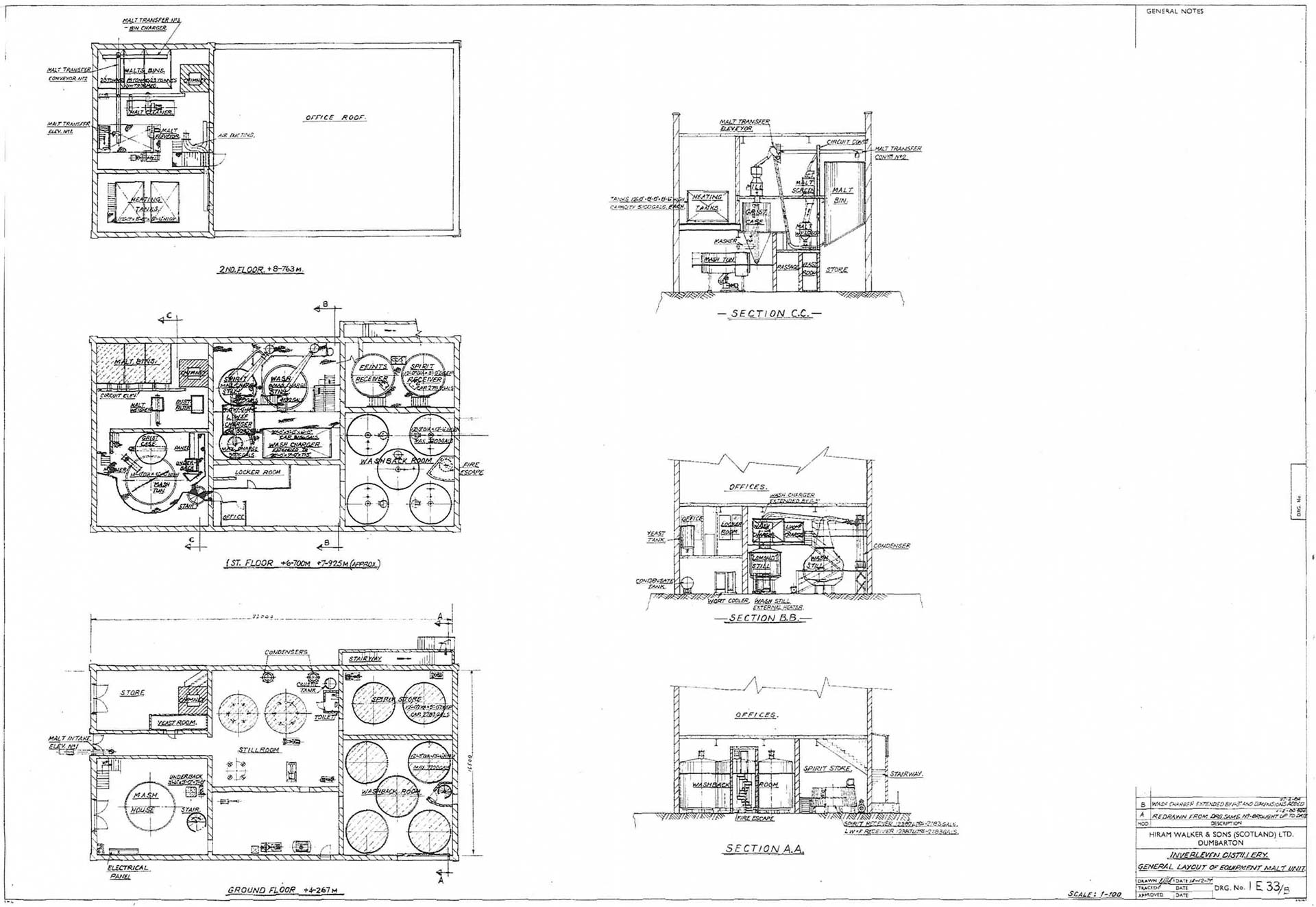 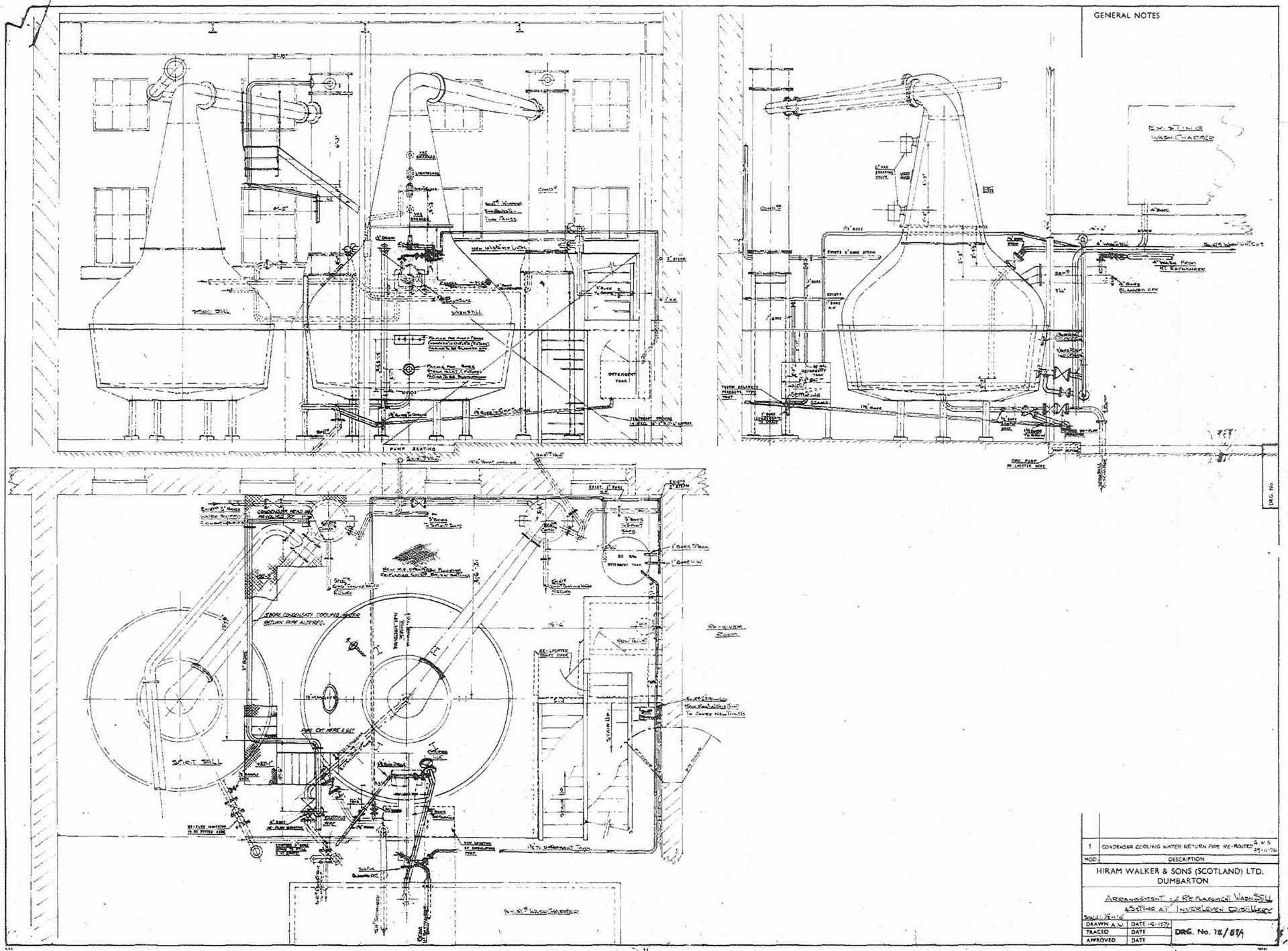 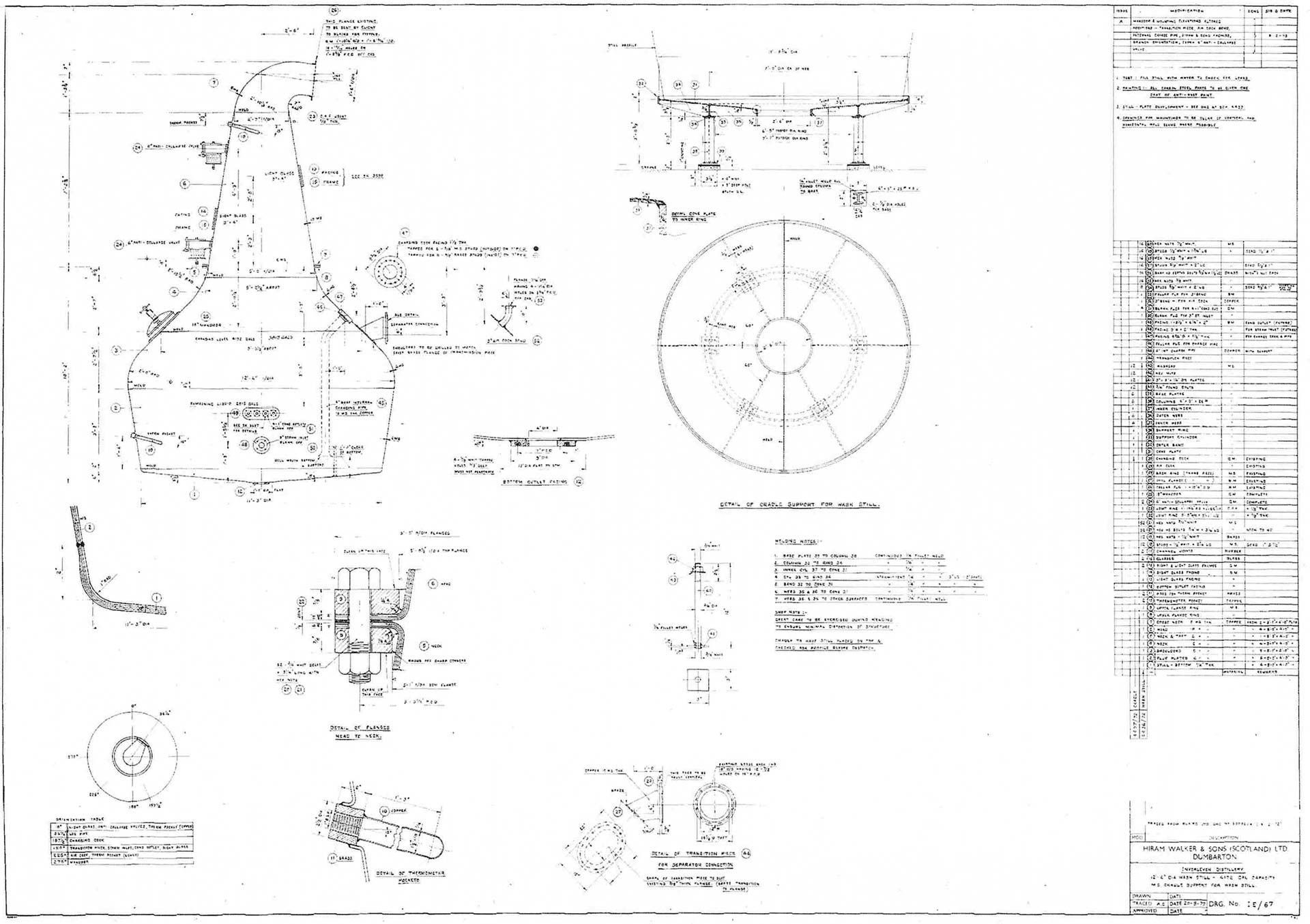 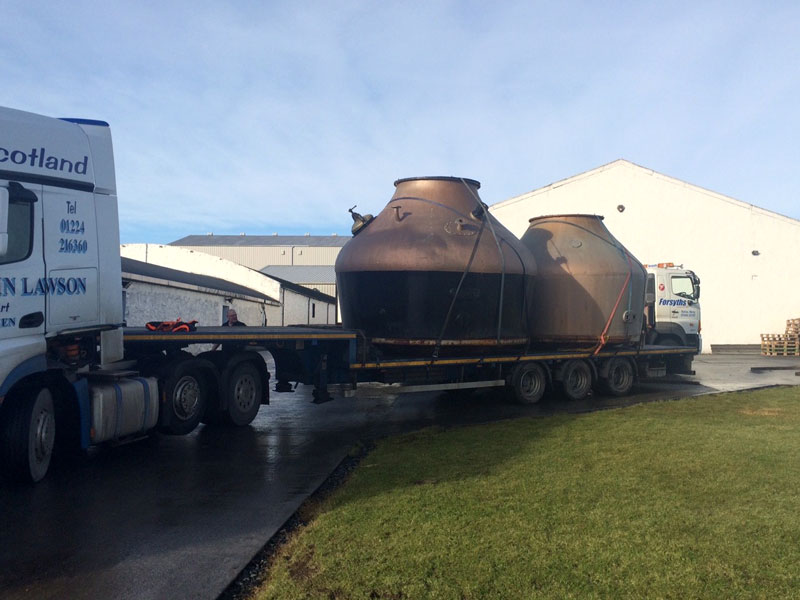 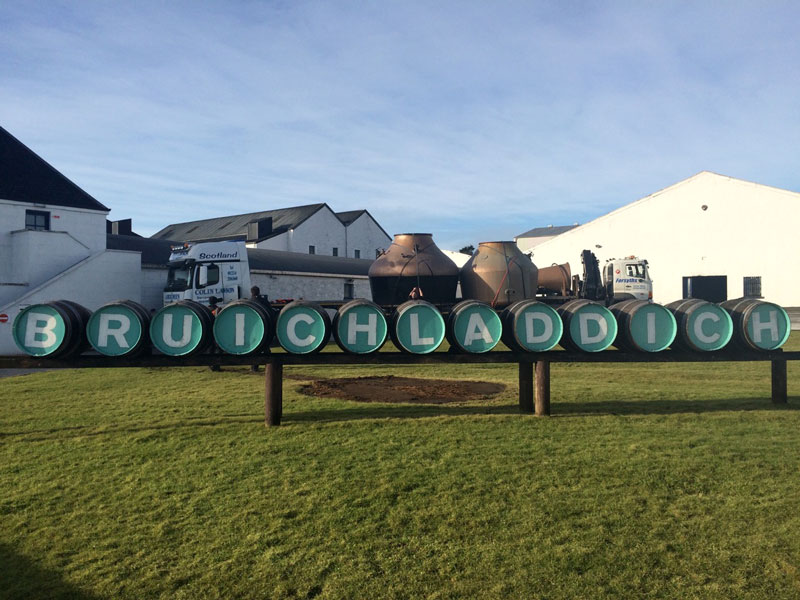