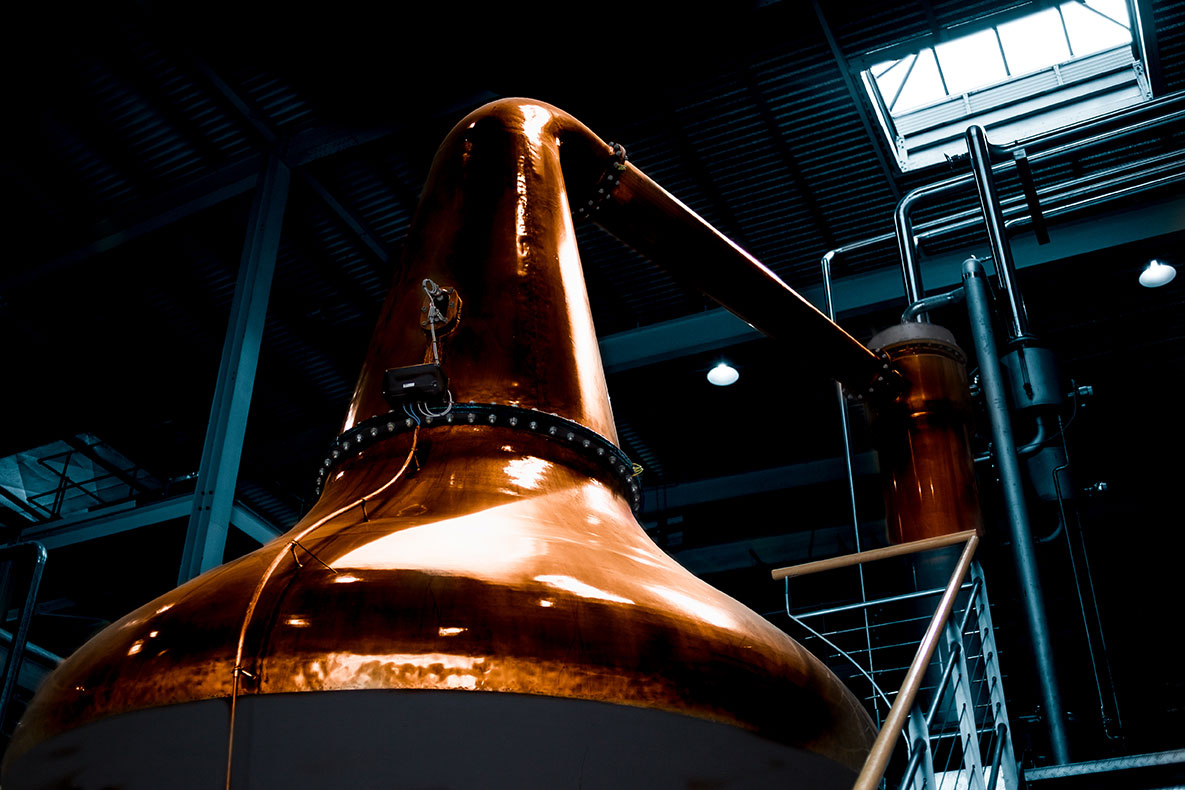 If there’s one image that sums up whisky, it’s the iconic, onion-shaped still. The variety of shapes and sizes commissioned by distillers over the years has been determined by budget, space and spirit style.

But there is one constant, the ‘silent contributor’, that plays an essential role throughout the whisky distillation process. Its effect is as mysterious as the alchemy from which it stems. Copper.

Inevitably it was copper that became the metal of choice. Its supreme malleability allowed it to be hand-beaten into an array of complex designs, curves and shapes, minimising the need for plates and rivets – the weak link in any pressurised vessel. Superior conductivity, too, was an advantage for heat exchange. It’s also easy to clean.

But it’s the chemistry of copper that really sealed the deal. Most desirable flavour compounds are produced during fermentation, thanks to yeast and barley. But there are less desirable ones too, such as unpleasantly pungent sulphur compounds. Copper reacts with sulphur to form copper salts, which are left behind after distillation in the pot ale.

In addition to removing unpleasant compounds, copper is believed to promote and enhance the development of estery aromas. This is probably by the action of distillation thermal energy on the residual yeast cells, which elevate the levels already present in the wash, contributing to further fruitiness of the spirit.

The need to manage these active flavours in the spirit is paramount. Some trace levels of organo-sulphur compounds are actively desirable in distilled spirits, but excessive concentrations of both di- and trimethyl sulphide gives an unacceptable ‘struck match’ aroma. These compounds are minimised by copper in the lyne arm and condensers of pot stills.

The amount of copper contact to wash and spirit is therefore considerable, so that even in the cask microscopic quantities – typically 1 – 5 mg/L – play an essential role in the micro-oxidative processes during maturation.

Copper is more to whisky than just a shiny photo opportunity.

THE COPPER STILLS AT WATERFORD DISTILLERY 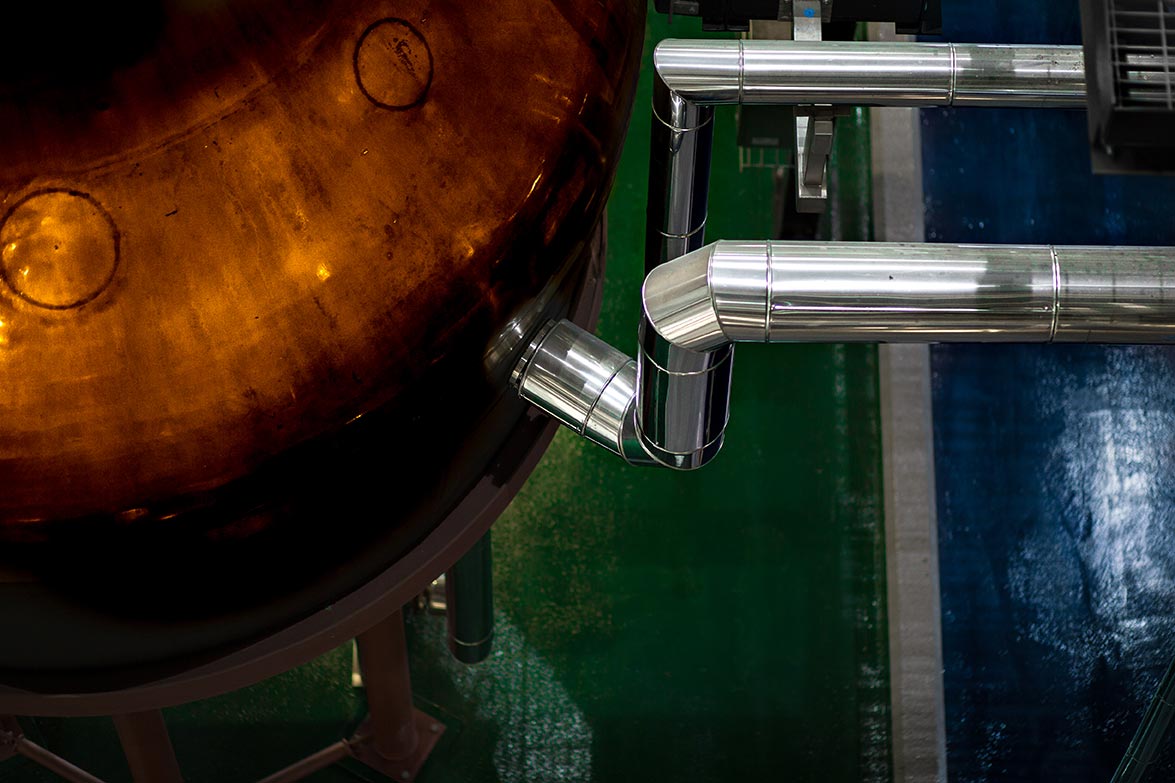 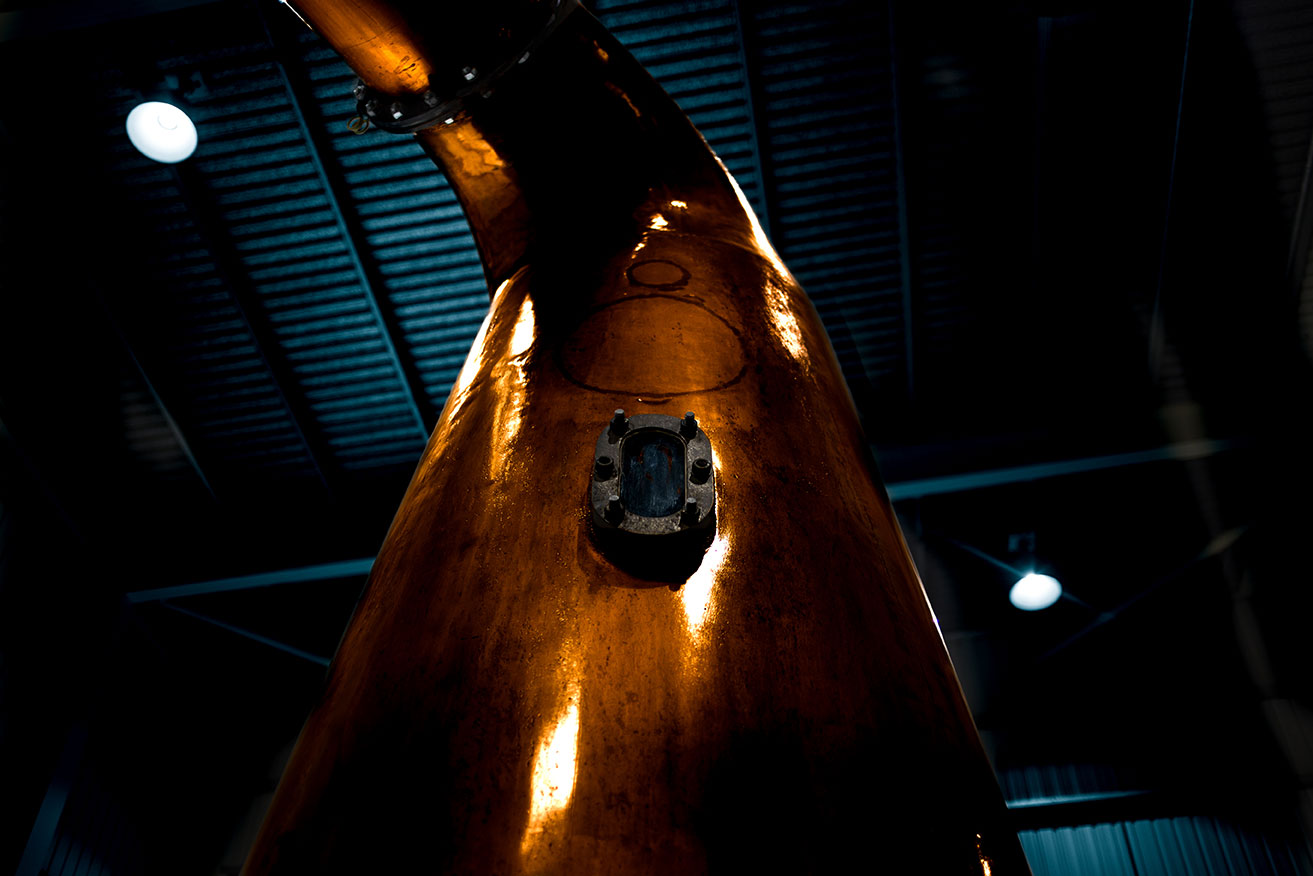 Another important effect of copper is its catalyst role in converting thiols and mercaptans to usually less pungent compounds in presence of carbonyls. High reflux levels – the trickle down of prematurely condensed alcohol vapour from the upper reaches of the still neck – generally enhances the removal of these compounds, and promotes the development of the fruity, estery clean spirit. This prevents the unpleasant ‘feinty’ aromas in the middle cut.

The sensory profile of a spirit distilled in both copper and steel stills shows that copper significantly changes the attributes of the spirit, making it less sulphury and feinty.