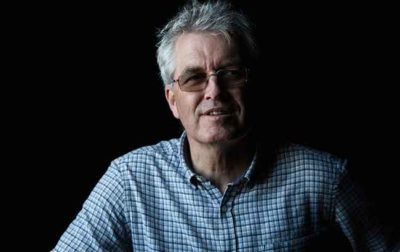 ‘Teenage Kicks’ was his sound track, from early days touring in the music industry as a roadie with Feargal Sharkie and the Undertones, before moving to LA and getting involved in concert sound systems.

Jan and he came to Islay, after a period of offering bird and wildlife cruises on the Clyde, when they bought the run-down ruin that was the Port Charlotte Hotel. What you see today is pretty much his work.

Our paths first crossed on Islay in 1997, as with all those serendipitous meetings, it was due to a cock up. The original hotel I had booked for a party of whisky enthusiasts had completely misplaced our reservation; there was nowhere to stay. The PC had the only beds available – and we never looked back.

Back then Carl performed the early evening barman and restaurant host duties. With his laid-back Midlands humour and rock n’ roll insouciance, he ran a cool, relaxed, quirky, refreshingly simple place, always slightly on the edge as he followed instinct rather than catering school or balance sheets. Having eaten in some of the world’s finest and grandest restaurants some of the most enjoyable meals I have ever had were there, in those early, slightly crazy days of the PC.

He was the first person on Islay I told about my idea of buying Bruichladdich. To my surprise he was fairly dismissive of the idea, he couldn’t see it working in private hands. When a year or two later the distillery purchase was concluded, so too was that of the PC. Carl and Jan had had enough of the hospitality industry and he took up the editorship of the island bi-monthly journal, The Ileach. Under his direction, and despite complicated politics, the newspaper campaigned avidly for the island’s interests. It was partly thanks to his door-to-door efforts that the new fangled idea of broadband was introduced island-wide. Sadly it hasn’t developed much since.

But an opportunity came to save Maureen’s Bar, the tiny esoteric bar on the shore front at Portnahaven. Again, he refurbed the place in a simple way keeping much of the original features, and gave a young local girl the chance to manage it. Hardly a venture that he was going to retire on, it was to ensure the pub stayed open in Portnahaven.

Altruist, naturalist, cyclist. Carl’s first passion was birdwatching, twitching – he enjoyed the cheeky incongruity of the restaurant clientele, half of whom were there to twitch, the other half to shoot – and his second was to cycle. Everywhere. In fact I don’t think I ever saw him behind the wheel of a car. Come hell or high water (usually the two at the same time) he would cycle on his eclectic range of Italian racing bikes around Lochindaal from The Ileach office to his home in Port Charlotte battling the wind and the rain.

His close connection, therefore, to the loch’s wildlife and the elements saw expression in the Islay Wildlife Centre that he ran and Museum of Islay Life, bringing the island’s rich panoply of social history and pure wildness to the attention of school children and visitors alike.

There was the time we were sailing up the west coast, moored in a remote bay for the night. During the night he’d got up on deck for a pee, tip-toeing all the way in a forlorn effort to not wake anyone up. Then, on deck there was an almighty crash, bang, wallop, SPLASH… then nothing. I leaped up, man over board emergency, and naked rushed up on deck searching the night water for Carl. Nowhere was he to be seen. Starting to panic, I scoured the bay, yelling out in the gloaming summer night light – nothing. Silence. Then, a cheery ‘hello’ sounded from the stern of the boat, as a bedraggled head popped up, climbing the step ladder out of the dark sea on to the deck. Where the HELL have you been? I shouted at the startled man, nervous energy spilling out, as I stood nude, shivering. “Didn’t want to wake you.”

Thus when an opportunity arose at Bruichladdich to help out with the burgeoning social media demands he was my ideal candidate to work with. When Remy took over his role developed in to communications manager flying that very special Bruichladdich flag into an exciting new era. Funnily enough, despite our hesitant initial discussion twenty years ago, we did make it work.

So when all is said and done, there are three things that will forever bring Carl to my mind. A word, a bird and a song. The word is ‘because’, or rather how he would thoughtfully deliver it when we frequently argued and debated an issue: ‘be-cawwwse’, with a deliciously, ponderous, drawn out emphasis. The bird is a goose and the culinary quandary on everyone’s radar, that I still believe eluded him even after a myriad of attempts, recipes and methods: how to make a greylag goose breast enjoyable to eat. And the song? Of course seeing him behind the PC bar, strumming, lost in the powerful opening punk rhythms “Teenage dreams so hard to beat?” 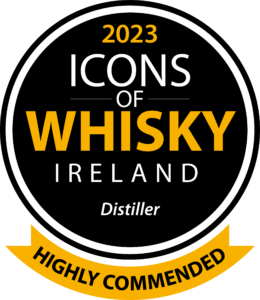 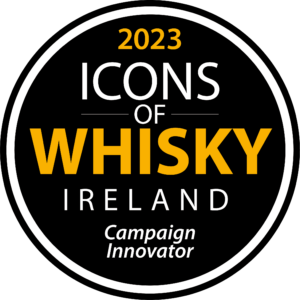 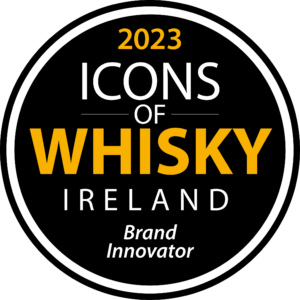 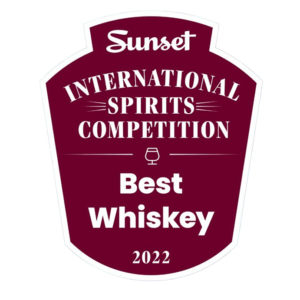 There’s a lot of complexity. It’s almost like the attributes are speaking much louder
10/01/2018